A Letter to BVP Supporters 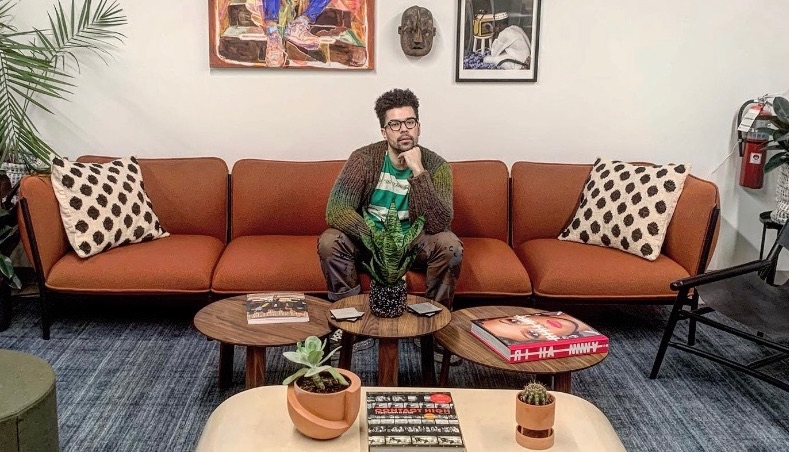 To my fellow Black veterans and BVP's supporters and champions,

I co-founded the organization with $20 to my name mere weeks after surviving a suicide attempt. The work was birthed from my soul. And the work saved me. At times I had pennies, unemployed and struggling to adjust after war and a difficult transition from military service. A tumultuous few years with episodes so many of you witnessed in real time.

Over the last three years, I dedicated my time — my most valuable resource — toward analyzing and addressing the systemic legacy of racial discrimination in the military and veteran space that has robbed billions of dollars worth of benefits from the Black community.

So, it brings a bittersweet sorrow to announce that effective July 31st, I’ll be resigning as Black Veterans Project’s Executive Director.

I’ve long devoted myself to the idea that Black veterans can force a reckoning in this country. It’s gifted me a sense of purpose and direction. And with less than $25,000 in donations over 31 months, much of which came directly from y’all — an all volunteer staff has made Black Veterans Project the foremost veterans organization advancing a racial equity agenda in the United States.

I say that with my entire chest because its been a hell of a ride.

Under my leadership, our project has made remarkable strides.

We built collaborative relationships with key members of Congress, co-facilitating the founding and communications build out of the Black Veterans Empowerment Council, a national coalition of Black veterans organizations representing nearly 20,000 Black veterans across the nation.

We submitted historic congressional testimony to the Senate and House Veterans Affairs Committees — one of four Black veterans organizations  invited to do so by a joint session of Congress for the first time in American history.

We co-authored an amicus brief arguing for the application of Title VII civil rights protections for service members — demanding racial discrimination protections within the military be codified into federal law — birthing the concept for a Military Civil Rights Act that would create a necessary shift in accountability for the Department of Defense.

We co-formulated a Black Veterans Policy Agenda for the 117th Congress, the first of its kind that includes transformational recommendations to address Black veterans homelessness, joblessness and food insecurity. It goes public in August.

We led a partnership with Yale Law School’s Veterans Legal Services Clinic to sue the Department of Veterans Affairs for its failure to release racial data pertaining to benefit allocation — the implications of which are storied and wide-reaching.

We’ve readied a 5-Year National Black Veterans Survey to acquire crucial quantitative data and metrics on the state of the Black veterans community, to be launched Spring 2022.

Our advocacy helped force the disclosure and partial release of racial bias survey data being held from public view by the Department of Defense — data that showed stark racial discrimination metrics and an alarming rate of white nationalist rhetoric across the military.

We built a social media following of over 10,000 supporters (shout out to all of ya’ll!) AND side-note — I spent HELLA hours creating content to spur an online community and a national touch point around our crucial work. Happy ya’ll hit that like button from time to time.

Our commentary appeared in the New York Times, The Washington Post, NPR, PBS Newshour, CNN, Politico, CBS News, Reuters, theGrio, theRoot and others and Black Veterans Project now serves as a primary and reliable resource around racial inequity in and out of uniform for our nation’s most prominent media outlets.

And we touched many lives along the way. For this I’m most grateful.

In the midst of an unprecedented plague that shifted the course of all of our lives — I’ve again chosen service.

Yesterday, I formally accepted a new role for which I am truly thrilled. It’s an opportunity to work for and alongside individuals I deeply respect; an experience that will bring new challenges and growth as I continue to dedicate my life toward actualizing a more just and equitable world.

This exciting new chapter — one I’ve earned after years of leading BVP as an unpaid volunteer (I’m tired of being Broke ya’ll)—  will preclude me from holding a public-facing principal position. But, title has never mattered much to me. I give this role up knowing what we’ve been able to build, together. This reckoning is my life’s work and it neither begins or ends at its helm.

I have plans to transition to Black Veterans Project’s Board of Directors to welcome new leadership who will move our priorities forward in new and exciting ways.

I believe this opportunity and resignation is a blessing.

Love makes everything worthwhile — it makes anything seem possible. I’ve gained and lost much during my time leading this work and my recent separation has brought a personal reckoning. A brother had to look in the mirror and make responsible choices about the direction of my life. And to rid myself of doubt and fear.

I recognize that if it were not for the support, love, patience and guidance of many who’ve given of themselves so that I could lean in, none of our success would have materialized. I thank each and every one of you for your endless messages of support and encouragement. To my mother, who spoke possibility into me in my darkest moments, you are adored; to Kristian who gifted me grace as I’d come crashing down from my ambitions, I am a better man for having loved you and am indebted; to Daniele, Victor, Christina, Julian, Kyle, James, Isiah, Randee, Chasity, Tim, Harvey, Nate, Asha, Clyde and Julian — your belief in this work has carried me through.

My ultimate responsibility is to inspire, encourage and equip Black veterans to take up the mantle of this work — for the ancestors, the elders and for the benefit of future generations who will certainly proceed us.

I plan to do just that.

In the words of Kwame Ture, the key to life is to have no fear.