PBS Newshour: Examining ‘Building Blocks to Extremism’ within the Military 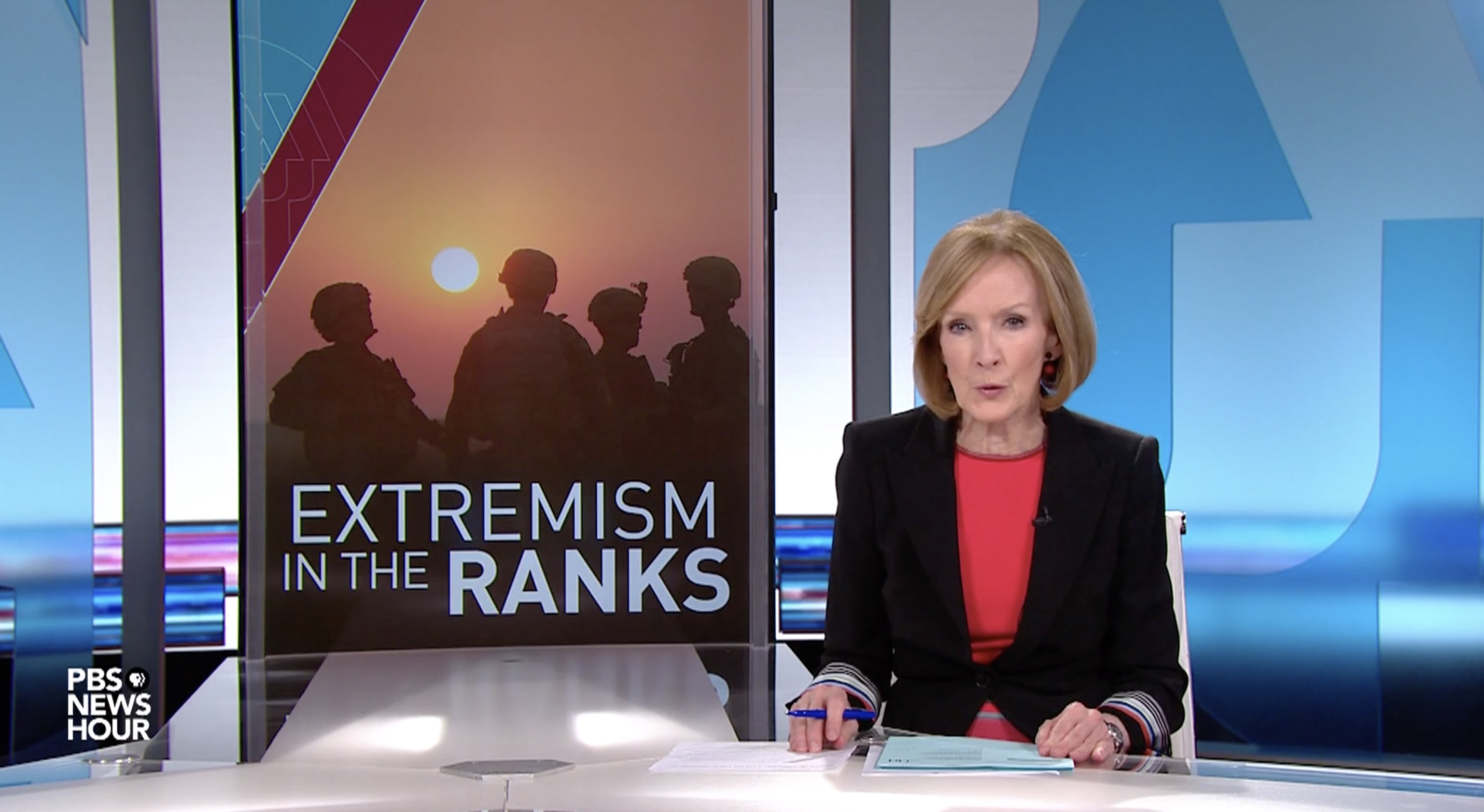 About 15 percent of the insurrectionists at the U.S. Capitol on January 6 were current or former members of the military. The military admits it has an extremism problem, but advocates say it hasn’t taken the necessary steps to tackle it. The Pentagon on Friday announced new initiatives and a new working group to counter extremism in the ranks. Nick Schifrin reports.