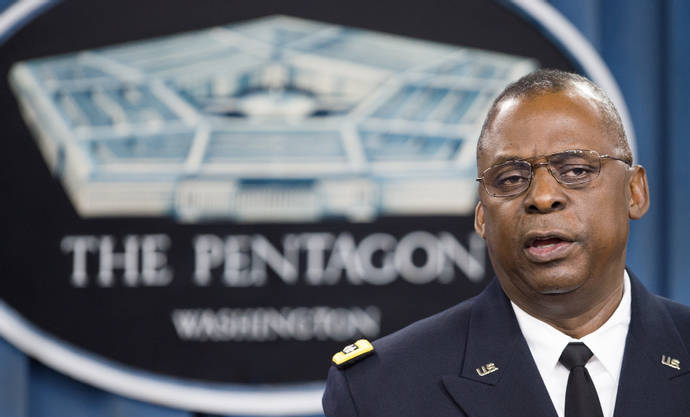 Nearly a third of Black U.S. military servicemembers reported experiencing racial discrimination, harassment or both during a 12-month period, according to results of a long-withheld Defense Department survey that underscore concerns about racism in the ranks.

The 2017 survey, whose results have not previously been reported, also showed that U.S. troops who experienced racial discrimination or harassment had high levels of dissatisfaction with the complaint process and largely did not report it.

The data support the findings of a 2020 Reuters investigation here, which found that servicemembers feared that reporting discrimination would likely backfire and was not worth the risk.

“Overall, results reveal much work is needed to improve the reporting process for those who experience racial/ethnic harassment and discrimination,” the Defense Department acknowledged in a report that accompanied the survey data.

The Pentagon's release of the data followed a Reuters article last month here disclosing how the Defense Department sat on the 2017 survey data during President Donald Trump's administration, even last month denying a Reuters Freedom of Information Act Request.

Senator Kirsten Gillibrand, a senior member of the Senate Armed Forces Committee, condemned the Pentagon’s failure to disclose the data sooner. A Gillibrand aide noted that the senator’s office had been seeking the data for months.

“While Defense Department leadership paid lip service to equality, they withheld a report revealing that minority service members face rampant discrimination and harassment, and those that report it are nearly as likely to face punishment as the perpetrators.”

Concerns about racial discrimination in the military - the largest U.S. employer - have taken on new urgency over the past year, as America undergoes a nationwide reckoning on racism.

Although the military is diverse in lower ranks, it is largely white and male at the top. Unpunished discrimination and racial harassment play a role in pushing out minorities, advocates say.

President-elect Joe Biden underscored the importance of diversity at the Pentagon when he announced his pick last month to lead it: retired Army General Lloyd Austin, who would be the first Black U.S. defense secretary, if approved by Congress.

“More than 40% of our active-duty forces are people of color. It’s long past time that the department’s leadership reflects that diversity,” Biden said.

The 2017 Workplace and Equal Opportunity Survey of Active Duty Members showed that 31.2% of Black servicemembers reported suffering racial discrimination, harassment or both, compared with 23.3% and 21% for Asian and Hispanic troops surveyed, respectively, figures that were still high.

The survey is unlikely to capture all the discrimination that minority U.S. troops encounter, advocates say.

Daniele Anderson, a Navy veteran who is chief strategist of the Black Veterans Project advocacy group, noted that the survey only asked about discrimination over the previous 12-month period.

“I would hazard a guess that there’s significantly more that have experienced” discrimination in their careers, Anderson said.

Minorities in the U.S. military reported everything from dealing with racially driven jokes and insults to hearing claims about racial superiority. Some 17.9% of Black servicemembers surveyed reported hearing someone use a racial stereotype about Black people.

“Collectively, these results suggest negative racial/ethnic experiences among active duty members are primarily comprised of racial/ethnic harassment, occur more than once, are done by someone of a different race/ethnicity, and often go uncorrected,” the report said.

Of the U.S. troops who chose not to report an incident of racial discrimination or racial harassment, 39% thought nothing would be done and an even greater percentage thought it would make their work situation unpleasant. Of those who reported an incident, the vast majority did not know the outcome of their complaints, the survey found.

The Defense Department has not explained why the data took so long to release. The survey, conducted every four years, is already so old that the Pentagon is required to carry out a new one for the 2021 fiscal year, which ends on Sept. 30.

Anderson, pointing to race-related incidents over the past four years, suspected that 2021 data would show a deteriorating situation for minority servicemembers.

“If we somehow were able to get data today on the last 12 months, or the last four years, that number would probably be significantly worse,” she said.