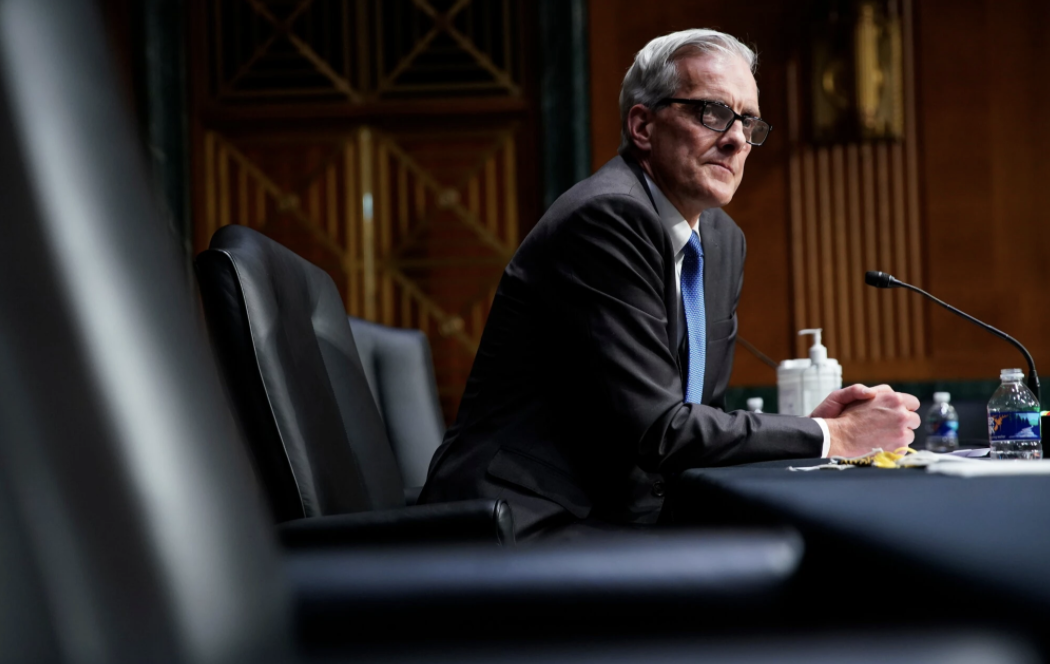 In May 2014, when retired U.S. Army Medical Service Corps Officer Nuwanna Franklin moved on from the Department of Defense to an administrative position at the Veterans Affairs hospital in Dublin, Ga., she envisioned a few years of rewarding work, and then retirement.

In her new role, Ms. Franklin received formal V.A. plaudits, thank-you notes from patients and other signs of gratitude from employees she advocated for as part of her role in the union. Yet she says the workplace was plagued by a pernicious and oppressive culture of prejudice — an environment in which she felt “you can’t speak up if you’re Black.”

A recent nationwide survey taken by the American Federation of Government Employees (AFGE) National VA Council, the union that represents 265,000 V.A. employees, found that 76 percent of respondents said they’d “experienced racially charged actions” on the job at the V.A.

National V.A. firing and promotion figures, obtained by AFGE through a recent public records request, suggests a disproportionate number of firings among staff members of color. This data also indicates that white workers are almost twice as likely as their Black counterparts to be chosen for management positions.

“It used to be that if you survived DOD you could survive anywhere,” Ms. Franklin said, speaking of a Black person’s ability to navigate the Defense Department’s bureaucracy. “But the institutionalized and overt racism here is mind boggling.”

Ms. Franklin, a retired nursing education administrator named Angela Crew-Dothard, and one other former veteran colleague of color, who requested anonymity for fear of retaliation, detailed a litany of grievances they all shared regarding the V.A.’s treatment of Black people. They say, for one, that they have frequently witnessed white employees privately malign Black patients, accusing them of lying about their medical conditions to secure better benefits.

The anonymous employee, himself a Black combat veteran, says he was repeatedly denied a Post-Traumatic Stress Disorder diagnosis after he returned home from combat.

“You’ll have a white guy who has not even completed basic training who gets a 100 percent PTSD disability rating and a Black guy who saw combat and served 20 years, and his body is broken down, and he’ll get nothing,” he told me, a reflection of a long, well-documented trend.

These current and former Dublin V.A. employees further contended that qualified staff of color are denied promotions, then penalized for raising the issue. After Ms. Franklin was repeatedly passed over for promotions to a higher role, she decided to retire in 2019.

Meanwhile, according to internal agency documents and an AFGE official, an employee at the Dublin hospital faced a suspension after she was discovered co-hosting a podcast that propagates racist tropes and that has hosted white nationalist leaders including David Duke, a former Grand Wizard of the Ku Klux Klan. (Local and national V.A. representatives did not respond to my written questions about the incidents.)

Similar complaints have emerged from veterans and employees of color across the V.A. system, from Massachusetts to Missouri.

Marcellus Shields, a former V.A. employee and the president of AFGE Local 342 in Wilmington, Del., compared the agency’s culture of intolerance to mold, calling it “unseen but everywhere.”

“It causes a lot of damage,” he said. “It’s deadly. And it needs to be cleaned up right away.”

In a written statement, a V.A. spokeswoman Christina Noel, who has recently left the agency, contended that the department is committed to “fair and equal treatment of all employees.” Ms. Noel turned back the criticism on AFGE. “Unlike AFGE, V.A. does not tolerate harassment or discrimination in any form,” she said after referencing accusations of sexual misconduct and other egregious behavior, including the use of racial slurs, by AFGE’s former president, J. David Cox. (Mr. Cox has previously denied the allegations.)

Putting aside his own misconduct, former President Donald Trump — who attempted to brand himself as one of the most pro-veteran presidents in American history and the best president for Black Americans since Lincoln — also allowed racism within the V.A. to fester.

Mr. Trump’s V.A. secretary, Robert Wilkie, appointed in 2018, was a former member of the Sons of Confederate Veterans, and once called Jefferson Davis a “martyr to ‘The Lost Cause.’” (While the Defense Department now plans to rename bases whose names honor Confederate leaders, Mr. Wilkie declined to take similar action at V.A. facilities, which commemorate controversial figures like Hunter Holmes McGuire, a Confederate doctor who advocated the forced sterilization of Black men.)

In addition to Mr. Wilkie — who served as an aide to the late segregationist Senator Jesse Helms — Mr. Trump’s V.A. leadership also included David Thomas, who, in 2018, had a portrait of the first grand wizard of the Klan hanging in his office. There was also John Ullyot, the former chief communications official who, according to a Washington Post report in 2018, had “sought to silence the agency’s chief diversity officer, who — in the aftermath of last year’s racially charged violence in Charlottesville — pushed for a forceful condemnation that was at odds with President Trump’s response.”

Trump’s V.A. also directed resources away from its Equal Opportunity Office under the premise of cost-cutting, even as it spent millions of dollars for guardianship of Confederate graves. The Trump administration cracked down on diversity and inclusion trainings inside V.A. and oversaw a significant decrease in staff for affirmative action programs.

One of Mr. Trump’s signature veterans laws, the V.A. Accountability and Whistleblower Protection Act, promised to hold agency leaders accountable, but the AFGE says the law has been used to punish and fire hundreds of employees in positions largely staffed by working class veterans of color, like housekeepers, even though 40 percent of all V.A. hospitals have recently suffered from severe shortages of housekeepers and custodians.

The V.A. scheduled an event focused on antiracism that was set to take place last fall, after concerns about racial equity mounted during the spring and summer across our nation. But it was then canceled for what management said were “reasons beyond our control.”

The irony in all this is that America’s system of veterans’ benefits has long been envisioned as a potent tool to forge equality. This idea dates to the Civil War, where some 180,000 Black soldiers fought with the Union Army. Initially barred from serving, Black people enlisted immediately once Lincoln opened the door in 1862, as the war intensified and white recruitment slowed. A key to their high enlistment was Frederick Douglass’s stated belief that it would be impossible for America to deny rights, respect, and full citizenship to any Black man who’d had “an eagle on his button, and a musket on his shoulder.”

Douglass was partially right. The government did, however unevenly, show some appreciation to veterans of color. Black people who had served became eligible for pensions and were allowed into veterans’ homes, which offered health care, food, and other forms of support. But many Black Civil War veterans still became targets of racial terrorism.

Black veterans since have found themselves disproportionately frozen out of the V.A.’s ancillary benefits — for home loans, unemployment benefits, and the G.I. Bill. Longstanding gaps in health outcomes in numerous clinical areas also plague Black veterans, compared to their white counterparts. Minority veterans are almost twice as likely to live in poverty as their white counterparts, and roughly 45 percent of all homeless veterans are Black or Hispanic, despite these groups making up less than 15 percent of the veteran population.

Trump’s racially insensitive statements and actions have coincided with a series of ugly incidents across the country toward Black veterans. In a particularly horrific 2017 incident in Bedford, Mass., a Black U.S. Army veteran and V.A. employee found a teddy bear on his desk with a noose around its neck and a sign reading “GO HOME OR DIE.”

In Kansas City, Mo., Black staff members at the Kansas City V.A. Medical Center say they were asked to participate in a “living museum” of Black Americans like Harriet Tubman and Martin Luther King for a Juneteenth event. Richard Page-Bey, a Black Vietnam veteran working at the Kansas City V.A., recently said that after filing a complaint he found a grenade at his workstation with the words “Richard please pull pin” written on it.

“I couldn’t believe it,” Mr. Page-Bey told a local news station. “I already went through war and I fought for this country, and then I see this. I have to go through war again.”

Gayle Griffin, a retired V.A. nursing assistant who worked for the V.A. for almost 12 years, says she has faced little but aggressions from management since 2017, when she became vice president of her AFGE Local 3. Less than a year later, she says the harassment worsened when she became the first Black president of AFGE Local 3, which represents V.A. employees in one of the most segregated cities in America: Milwaukee, Wis.

In union meetings, according to Ms. Griffin and one of her colleagues, V.A. officials belittled the intelligence of Black union leaders and refused to work in good faith. They say this behavior was especially pronounced by a human resources specialist, who, Ms. Griffin says, callously compared her work recruiting stewards of color to “going to the kitchen and gathering up the help.”

After repeated email requests and phone calls about this person’s alleged behavior, a spokesperson for the Milwaukee V.A. simply responded that he was no longer an employee.

Facing inaction from the White House, Senators Elizabeth Warren of Massachusetts and Brian Schatz of Hawaii recently pushed the Government Accountability Office to launch an investigation into systemic racism at the V.A.

President Biden, whose transition team did not respond to questions about how the V.A. would handle these systemic issues moving forward, faces a litany of urgent economic, health, and political crises. But the V.A. is one of the largest departments in government, and he must prioritize remaking it into a welcoming place for the increasingly diverse veteran population. This work should include symbolic acts — like striking the names of known segregationists from V.A. hospitals — as well as concrete new polices to help root out and punish discrimination.

In these efforts he could seek advice from veteran activists of color inside groups, like Minority Veterans of America or the Black Veterans Project, which is run by former Army combat medic Richard Brookshire. Mr. Brookshire told me in an interview that the V.A. offered little help for his mental anguish after he returned home from Afghanistan.

He attempted suicide in September 2018, a sign of crisis the department could not ignore. Mr. Brookshire now says he’s receiving better treatment, but remains focused on obtaining more comprehensive data concerning social disparities across the V.A.’s many programs.

“We need to address the abuses of veterans past and present,” he said. “We need to make good on what this country promised.”