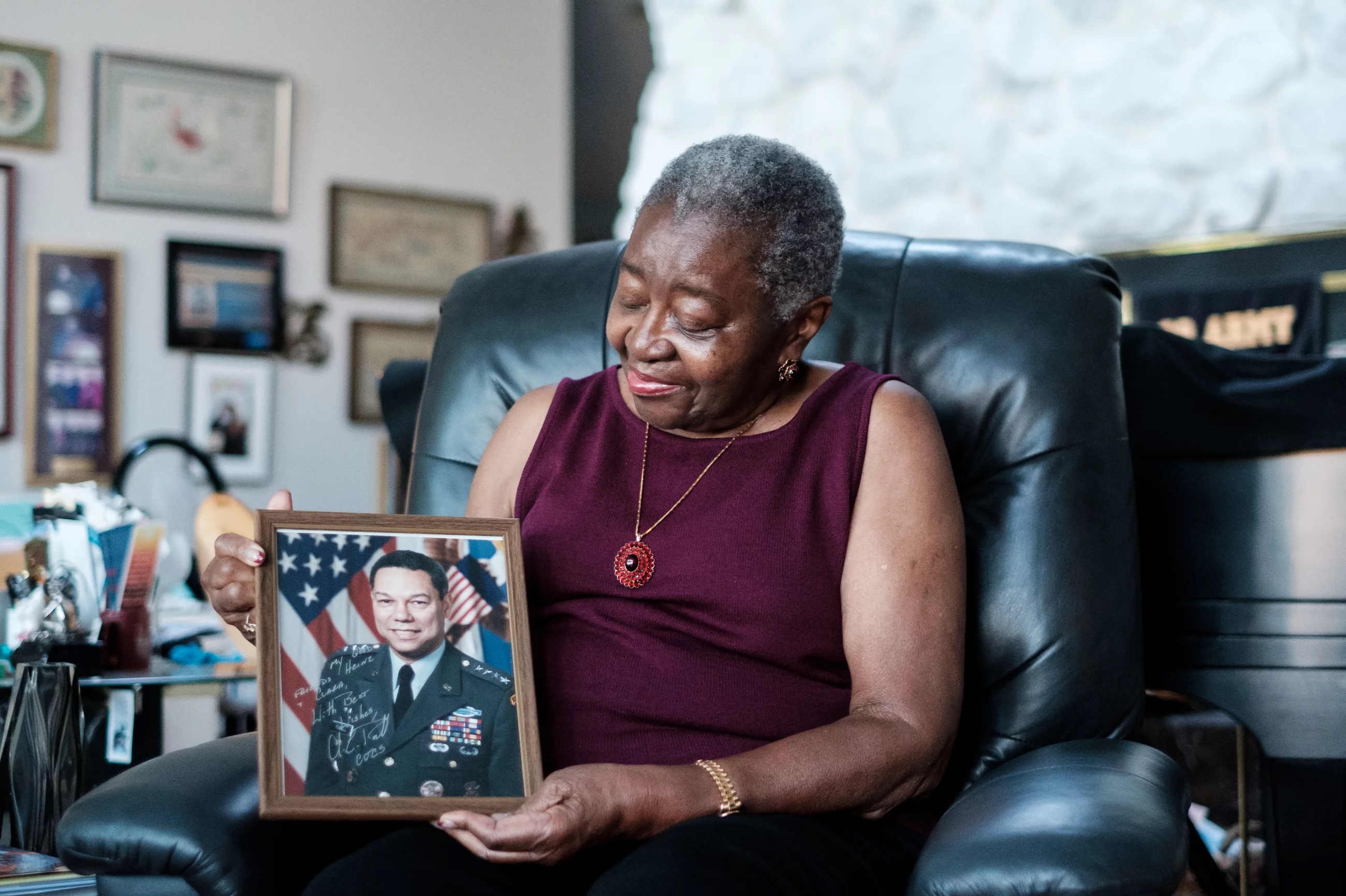 Ten days before I boarded a plane to Afghanistan in January 2015, I wore my Army Dress Blues to my grandmother's funeral. The last time she saw me in my Dress Blues, I was graduating from West Point after serving as class president. My grandmother, Shirley Berry, was convinced that I would be America's next Colin Powell, the man who'd been her "hope and change" long before the nation had heard the name Barack Obama. She was a mother of three, and Powell was a role model, a God-fearing man whose character was rooted in modesty, discipline, and restraint. Because I loved her, Powell became my role model too.

I thought about her when I learned of Powell's death. And I thought of Black veterans such as Michael A. McCoy, a Pulitzer Prize-nominated photographer who inspired this effort along with the Black Veterans Project: We would connect with fellow veterans to remember not just what Powell meant to the nation, but what he meant specifically to us.

Brig. Gen. Clara Adams-Ender knew Powell as a colleague and a friend. The daughter of a sharecropper in North Carolina, Adams-Ender served 34 years in the U.S Army. She started as a private and rose to brigadier general, and became chief of the United States Army Nurse Corps. Powell and Adams-Ender regularly attended ROCKS meetings together. ROCKS started in the mid-1960s and is named for Brig. Gen. Roscoe Cartwright, who began the group as an informal network for Black military officers.

Adams-Ender reflected on Powell's ability to diffuse any situation and the reason why he was chosen by senior military leaders and U.S. presidents for his many roles.

"I think every now and then someone gets chosen, and Gen. Colin was one of the ones who got chosen.... but it wasn't because he was a yes man, because he never was.... We used to say in the general's world, Colin Powell could tell you to go to hell so smooth you'd enjoy the ride," she recalled.

Powell's disagreements over policy with administration officials was well known throughout his career, from former Secretary of State Madeliene Albright, to former Vice President Dick Cheney.

LISTEN TO THE TRIBUTE AND READ MORE