The Washington Post: A Reminder ‘Service Will Not Save You' 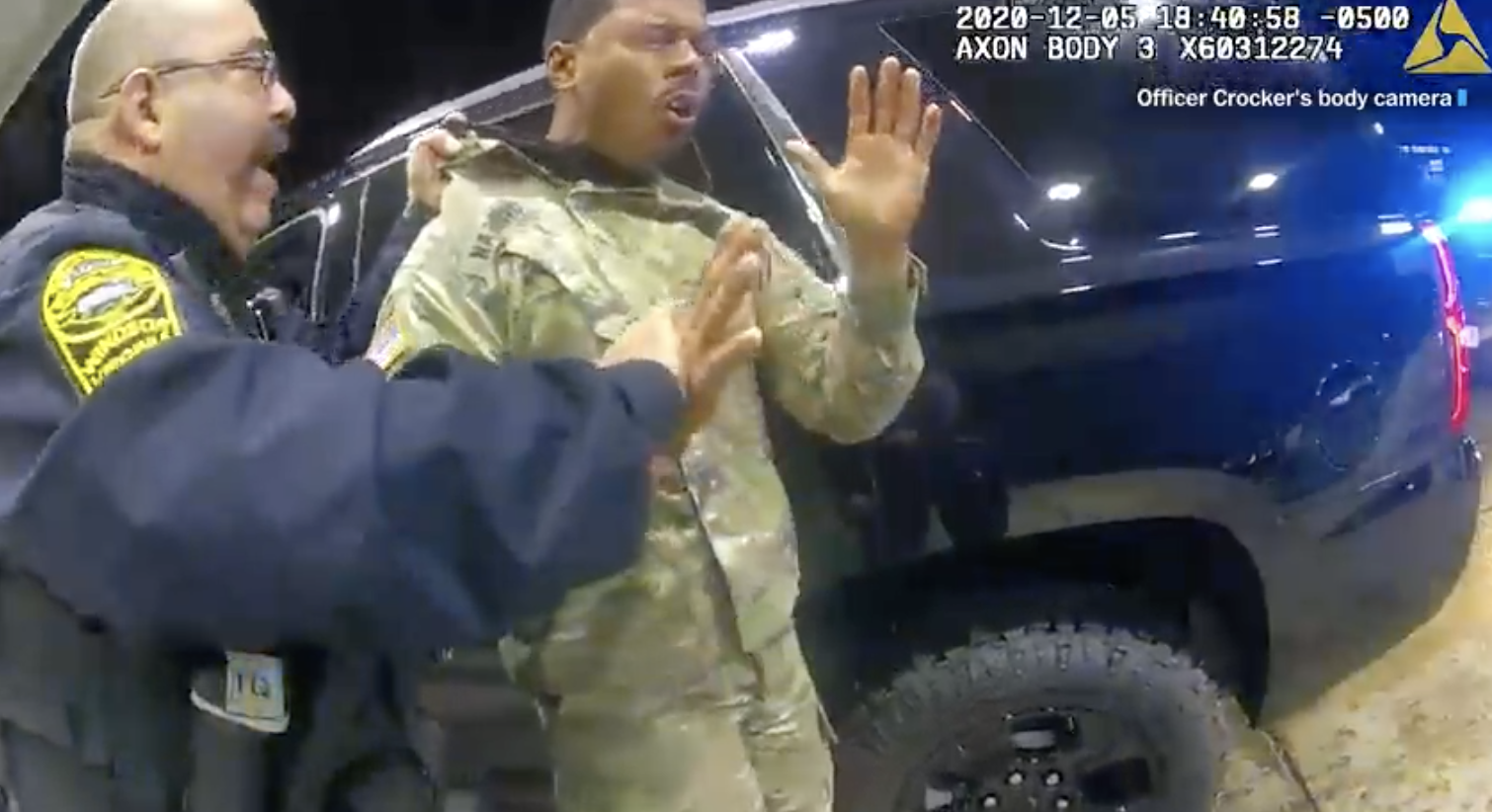 As an infantry soldier, Isiah James survived three brutal combat tours in Afghanistan and Iraq, but it was police outside the garrison walls at home in the United States who other Black soldiers warned him about. The first thing law enforcement would assess in any encounter, they cautioned, was his race.

The lesson was fresh in his mind this past weekend, after watching viral video of a traffic stop showing a Black National Guard officer being pepper-sprayed, threatened, struck and handcuffed by Virginia police late last year.

“Your service is not going to save you in this country,” James said.

The incident, now the subject of a federal lawsuit, has become a painful reminder for many Black troops and veterans that their military service has not insulated them from discrimination and violence.

That the confrontation between police and Caron Nazario, a second lieutenant in the Virginia National Guard, occurred while he was in uniform — “I’m serving this country, and this is how I’m treated?” he cried out — has fueled the outrage surrounding the incident and spurred calls for investigation, including from Virginia’s governor.

In the video, Nazario can be heard telling an approaching officer he was “honestly afraid to get out” of the car after intentionally pulling over in a well-lit area. One of the officers replied, “You should be!”

One officer involved in the incident has since been fired.

After World War I, there was optimism among Black Americans that their sacrifices oversees would serve as a pathway to greater equality at home. Instead, their service and military acumen was seen — particularly in the South — as a threat that would power a fight for civil rights.

The result was a wave of violence against returning servicemen and anti-Black riots, dubbed the Red Summer of 1919. Black veterans, some still in uniform, were accosted by police and civilians. At least 13 were lynched, according to a report by the Equal Justice Initiative.

“No one was more at risk of experiencing violence and targeted racial terror than black veterans who had proven their valor and courage as soldiers,” the report said.

Such racial violence persisted through World War II. In February 1946, Army veteran Isaac Woodard, still in his uniform, was blinded after being beaten by a police chief in South Carolina. A few months later, in Georgia, veteran George W. Dorsey was beaten, tortured, fatally shot and hanged along with three others in what is widely believed to be the country’s last mass lynching.

It wasn’t until 1948 that President Harry S. Truman issued an executive order declaring “equality of treatment and opportunity for all persons in the armed services without regard to race, color, religion or national origin.”

Black service members and veterans have long looked for ways to defuse potential tension with police, they say.

Coretta Gray, a former Air Force attorney, said that she and her Black colleagues shared practical tips on which small towns to avoid outside military bases in Texas and Louisiana. Gray said she intentionally wore her uniform between work and home in case she was pulled over.

“You hope having the uniform on will help, to say ‘You don’t have to be afraid of me,’ ” Gray said.

James, the Army combat veteran, is now an adviser to the Black Veterans Project, an advocacy group. He recalled an encounter he had with the police while parked in a disabled spot outside a Florida convenience store in 2015.

Having suffered injuries from his deployments, he displayed a disabled-parking placard in his car, he said. The officer, who parked next to him, accused James of not being disabled and slapped his phone from his hand when he began recording their exchange, according to video from the incident. “I’m a disabled veteran!” James told the officer several times.

The confrontation lead to charges for the police officer, who was sentenced to six months of probation.

The Virginia incident encapsulates larger worries among communities of color, said Jeremy Butler, a former Navy officer and chief executive of Iraq and Afghanistan Veterans of America, an advocacy group.

That includes a perception that police, by default, view them as dangerous and that doing everything right — such as driving to a well-lit area to aid the police, as Nazario did — can provoke a violent response nevertheless, said Butler, who is Black.

The video, he said, shows “how even a Black military officer feels the police inherently see him as a threat.”