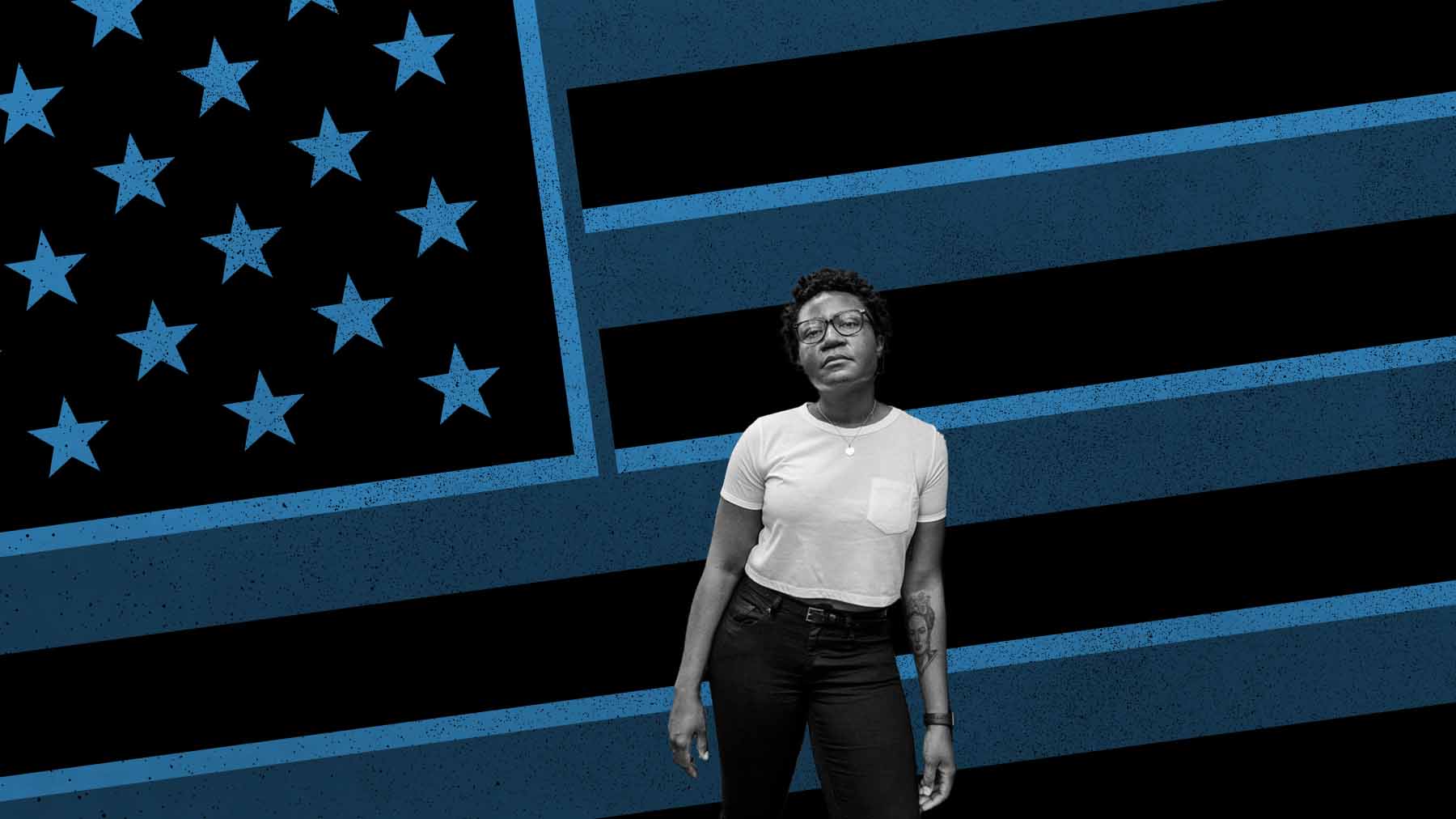 Brookshire had been out of graduate school only a few months when, in 2017, amid a rising tide of violence against Black communities in the U.S., a white supremacist brutally killed a 66-year-old Black man in New York City. The murderer was also an Army veteran. And, chillingly, he had gone through basic training with Brookshire, deployed in the same brigade, even left Afghanistan at the same time.

For Brookshire, who is Black and gay, the realization – at a moment of increasing racist rhetoric and violence across the United States – that he served alongside someone who harbored such rage unearthed painful memories of racist aggressions during his service, plunging him into a frightening mental health crisis.

“I was overwhelmed by it all – by PTSD, by this experience of having had to be a shell of myself to survive the racist violence of the military culture,” Brookshire said.

As he set out to get better, Brookshire became aware that not only did many other Black veterans need the kind of help he was getting, they weren’t getting it, and they weren’t empowered to advocate for themselves. He began to realize, he said, that their experiences were not unlike those of generations of Black men who have served in the military – unremembered, unrecognized and, particularly in the case of millions of Black veterans who served during the Jim Crow era of racial segregation, unrewarded.

Out of that realization came a passion that Brookshire, now 35, has dedicated himself to ever since. He is co-founder of Black Veterans Project, a nonprofit whose mission is to unearth the stories of Black men and women who served in the U.S. armed forces, to conduct research into the unique barriers they face, and to advocate for restorative justice for Black veterans denied benefits. In 2020, amid the national reckoning following the murder of George Floyd by police, he also helped found Black Veterans Empowerment Council, a coalition of more than 15 Black veterans organizations working to advance legislation that would help mitigate the inequities in Black veterans’ housing, education, employment and health care.

As of today – Veterans Day – Black Veterans Project is in the early stages of planning a storytelling venture designed to elevate the experiences of Black veterans as never before. The plan is to conduct in-person, on-camera interviews of many of the more than 2 million Black veterans across the country. Eventually, the group hopes to create a multimedia digital monument to the stories of Black service members “who, since the beginning of this nation,” Brookshire said, “have served their country even when it did not serve them.”