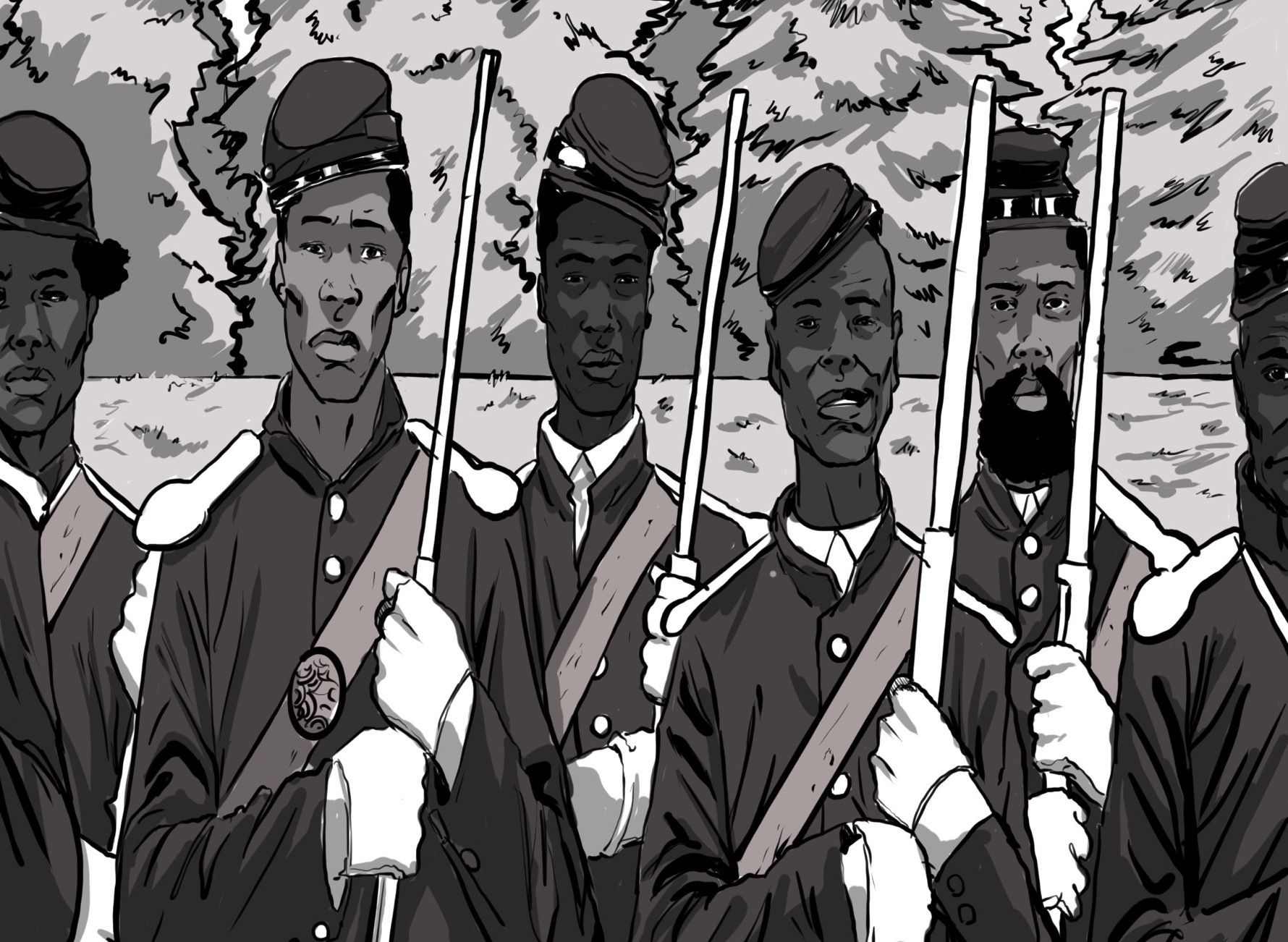 Each year, on the last Monday in May, Americans observe Memorial Day. The Federal Holiday, meant to pay solemn tribute to those who’ve given their lives in service to the nation, is believed by many to have origins almost as old as apple pie.

Historians have long referenced the day through a southern tradition known as Decoration Day, which originated in the years directly following the Civil War.

But the day’s more complex roots were born at the expense of historical erasure as Memorial Day’s ties to slavery and Confederate defeat have long been kept out of the national psyche.

In 1996, David Blight, professor of American History at Yale University, was conducting research for a book on the American Civil War and uncovered an archive of unsorted letters from Union soldiers. What he’d find would prove to be a remarkable piece of forgotten history.

In 1865, Charleston, South Carolina, was burning to the ground. After a twenty-two month siege, the Confederate Army and white residents had abandoned the city, leaving those they’d held in bondage to fend for themselves amongst the ruins.

On February 18th of that year, Union troops from the 21st Colored Infantry, an all-Black Union Army regiment, entered the city to accept Charleston’s surrender and to ensure the freedom of those who’d been formerly enslaved.

To honor the soldiers, freedmen, women and children planned a ceremony to honor the war dead who’d been buried in a mass grave at a nearby horse track that had served as an open-air Confederate prison.

On May 1, a parade of 10,000 people filled the racetrack — led by thousands of Black children carrying roses, followed by Black women, then by Black men, then by the Union troops.

And thus families stolen from the shores of Africa — in a city that dealt the first shots of the Civil War — helped to mark the first documented Memorial Day for Americans soldiers lost in war.

Two years later, in May 1868, former Civil War General John A. Logan led a commemoration at Arlington National Cemetery, issuing a proclamation calling for ‘Decoration Day’ to be observed each May across the nation.

Though Logan may have had the political means to officially proclaim a day of national remembrance, the event that preceded his was purposely erased from the public imagination in order to distance the day from its Black-er beginnings.

Dr. Blight asserts that the Black origins of Memorial Day were long suppressed by white Southerners after the end of Reconstruction, likely motivated by a desire to for national reconciliation by honoring the dead on both sides of the Civil War. Black Americans place in the founding of Memorial Day were thus marginalized in favor of a narrative more befitting to Southern sensitivities.

Black Veterans Project Co-Founder, Kyle Bibby, notes: “In our country’s most defining moments, Black service members and their families made extraordinary sacrifices despite the fact that their humanity was not affirmed by their compatriots. The act of remembrance, so central to the spirit of Memorial Day, must acknowledge this sacrifice.”

The omission is yet another example of how Black American’s contributions to storied American traditions are often hidden.

This Memorial Day, let us not only honor those who have given their lives in service to the United States – but remember those whose contributions to this hallowed American tradition have been long forgotten.

All Artwork By Antonio Clark