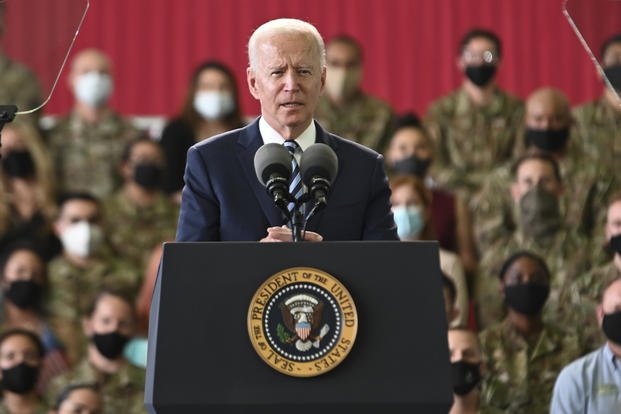 WASHINGTON D.C. -- Today, Black Veterans Project (BVP) Co-Founder Richard Brookshire attended the signing of S. 1031 by President Biden, a bill requiring the Government Accountability Office (GAO) to assess racial or ethnic disparities in compensation paid by the Department of Veterans Affairs (VA) to veterans who have disabilities resulting from medical conditions or injuries incurred or aggravated while on active military duty.

"S. 1031 comes after decades of Black veterans decrying racism in access to veterans' disability benefits. Trillions of dollars have been stripped from Black veterans and their families through benefit obstruction and gross negligence by the Department of Veterans Affairs to address racism and discrimination forthrightly. This oversight has not only exacerbated outcomes related to homelessness and health disparities, it also serves as a shameful reminder on the failure of our government to recognize the service and sacrifice of Black Veterans who serve" said Richard Brookshire, Co-Founder and Executive Director of the Black Veterans Project.

The move to study racial disparities in veterans benefits was compelled in part by a year-long advocacy and litigation effort by Black Veterans Project, The National Veterans Council for Legal Redress and Yale Law School's Veterans Legal Services Clinic to compel VA to be fully forthcoming in producing requested data and records on disability compensation benefits and healthcare services.