Co-Founder & Chair, Board of Directors

Richard Brookshire is the Co-Founder and Board Chair of the Black Veterans Project. As a storyteller, Richard leverages a background in integrated marketing, digital advocacy, and documentary filmmaking to deliver strategic and dynamic social-impact campaigns. His portfolio to date spans issues relating to racial and economic justice, workforce development, diversity and inclusion, and military and veteran affairs. Richard received an M.P.A. in urban policy with a specialization in media and advocacy from Columbia University SIPA, a B.A. in political science (magna cum laude) from Fordham University and is a former infantry Combat Medic and U.S. Army veteran of the War in Afghanistan. His work has been highlighted by the New York Times, USA Today, Reuters, the Washington Post, BBC, CNN, theRoot and others.

Co-Founder & Vice Chair, Board of Directors

Daniele D. Anderson is the Co-Founder and Chief Operating Officer for the Black Veterans Project. A native of Oklahoma City, OK, she graduated from the United States Naval Academy with a Bachelor of Science in 2013. She then commissioned as a Surface Warfare Officer in the United States Navy where she served for over five years. She served onboard two guided-missile cruisers USS Normandy and USS Leyte Gulf, where she led divisions of over 30 people managing flight operations, seamanship, and navigation. In 2018 she resigned her commission to pursue an interdisciplinary Master of Arts focusing on issues of race and ethnicity in Latin America and the United States. She is a member of the National Historical Association, National Naval Officers Association, and Black Veterans Project.

Randee Howard is a skilled qualitative researcher that leverages data-driven analysis to examine racial inequities across the military and veterans landscape while providing sound policy solutions to address diversity and inclusion gaps. A decorated Navy veteran and former Aircraft Electrician, she has held positions at General Atomics Aeronautical Systems and Columbia Law School in the City of New York. She received her Bachelor of Arts in Urban Studies from Columbia University.

Chasity Cox is an accomplished and multifaceted publicist with a passion for amplifying brands with a social-driven mission across a diverse array of communities. A veteran of the Navy and Navy Reserve, Chasity began her post-military career at Bad Boy Worldwide where she served as an assistant to the Senior Director of Strategic Planning for Ciroc. She then served as an assistant to rapper, Jim Jones before founding Chasity Cox PR -- an entertainment-based public relations firm. A graduate of Norfolk State University, Chasity received her B.A. with honors in Public Relations. She resides in Brooklyn.

The Black Veteran Project Brain Trust is composed of distinguished Black veterans who bring their expertise and passion toward advancing the strategic vision and mission of the project. The Brain Trust plays an integral role in the formulation of our work, helping to advise the project's leadership on new initiatives and special projects. The Brain Trust accepts applications once per year. 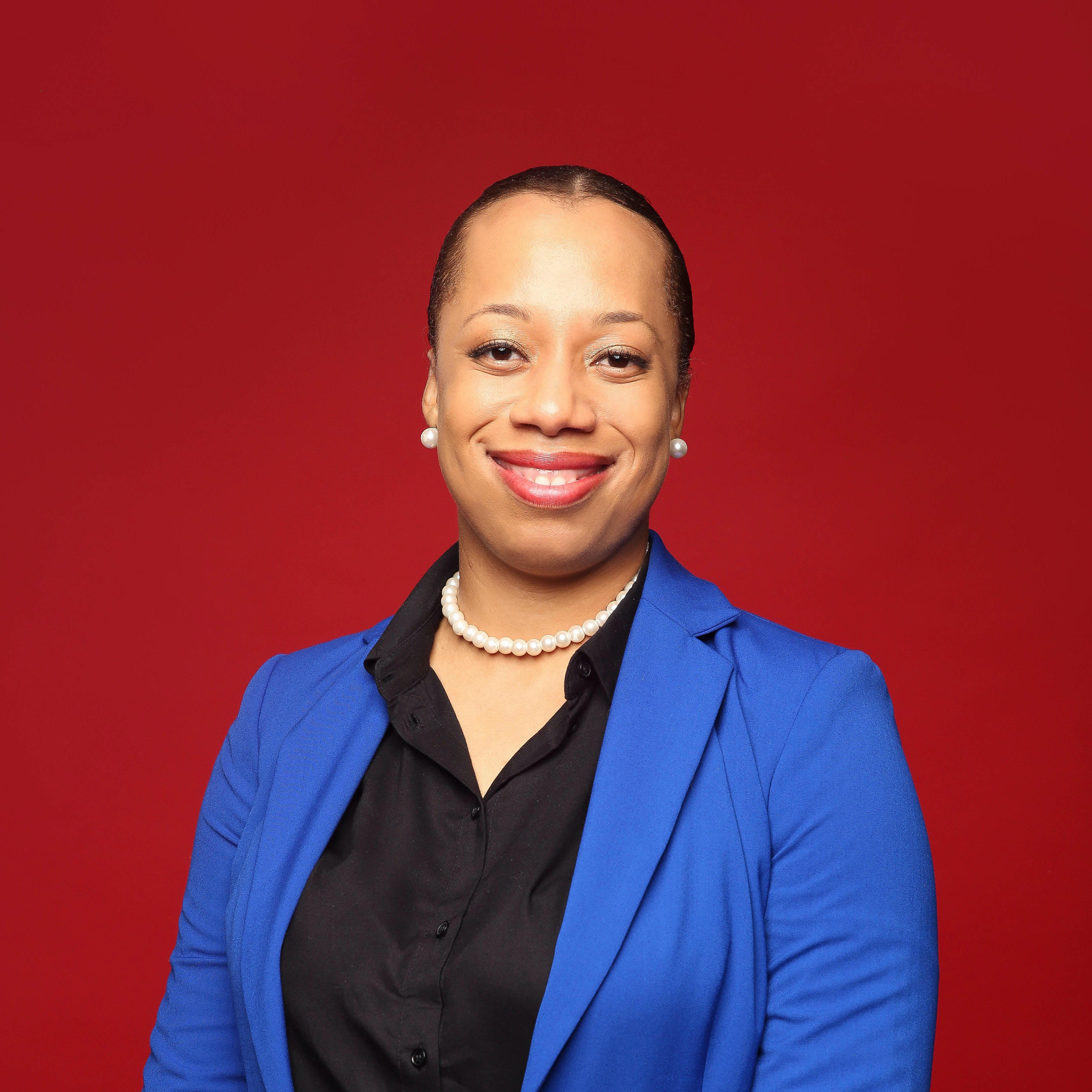 Asha Castleberry is a professor, military advisor and officer in the U.S. Army Reserve. Asha currently serves on the Board of Advisors of Women of Color Advancing Peace & Security, is a 2018 recipient of the Robert Myers Carnegie Council of Ethics and International Affairs Fellows Fund researching populism in the defense community.
View Bio 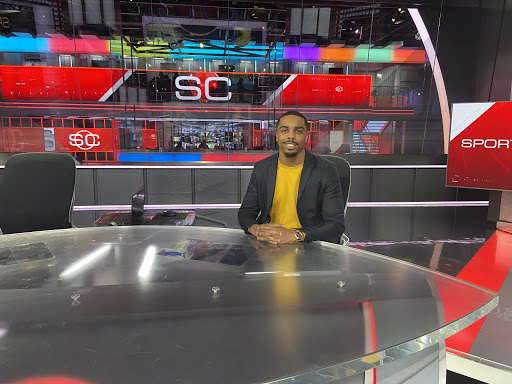 CLYDE GUNTER is a multimedia professional currently working in content strategy and development for ESPN. He spent five years in the U.S. Navy working in Operations & Intelligence; serving three years in Japan and two years in San Diego, California. He currently serves as the New York City Chair of the non-profit organization, Military Veterans in Journalism. He studied broadcast journalism and documentary filmmaking at the New York Film Academy. He is passionate about enabling and providing filmmakers and content creators of color with the necessary platforms and exposure to have their stories authentically told and heard around the world.
View Bio 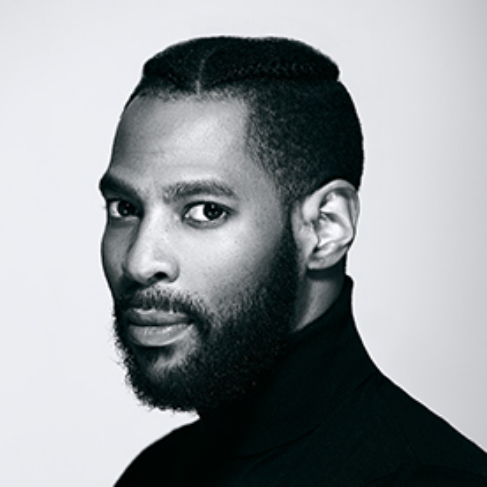 HARVEY JACKSON is a photographer and creative director who formally served as a combat engineer in the Missouri National Guard. His photographic career began in the mid 2000’s in Iraq (while he was deployed for OIF and OEF). Harvey received a Bachelors of Fine Art degree in Photography from Missouri Western State University. Most recently, Harvey was on the Brand Creative team at Kenneth Cole. His photography has been featured across print and digital publications, to include Bleu Magazine, Obvious Magazine, The Tenth Zine, amongst others.
View Bio 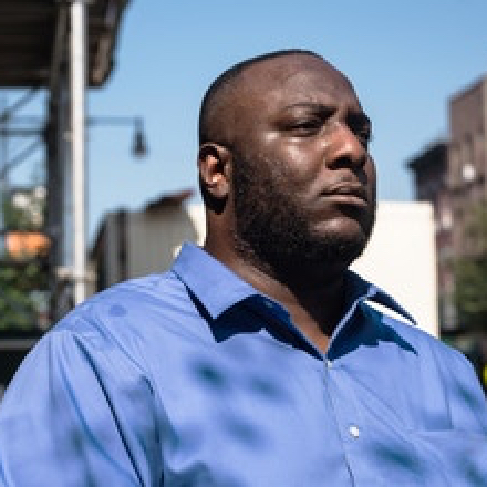 ISIAH JAMES is a Jamaican-American community organizer and Army veteran who served two tours in Iraq and one in Afghanistan during his 8 years in service. Isiah ran for Congress in central Brooklyn’s 9th Congressional District in 2019. He is a graduate of Brooklyn College and is pursuing a Masters in Public Administration at Baruch College in New York City.
View Bio 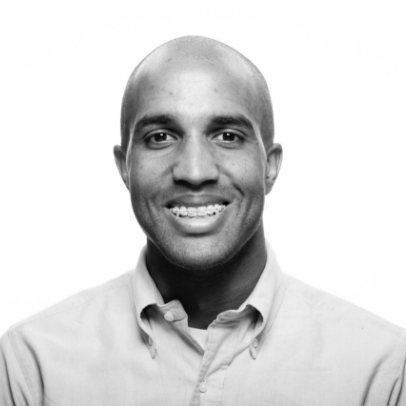 JAMES VANIE is a strategist whose work is at the intersection of research, content strategy, and design. He is a veteran of the U.S. Army and the UX Design Lead for Black Veterans Project Archive initiative. He has spent his career helping organizations build inclusive products, craft stories, and push creative ideas to their highest potential. James is the founder and lead design strategist at Seven Futures and is the Senior Product Designer at the Chan Zuckerberg Initiative.
View Bio 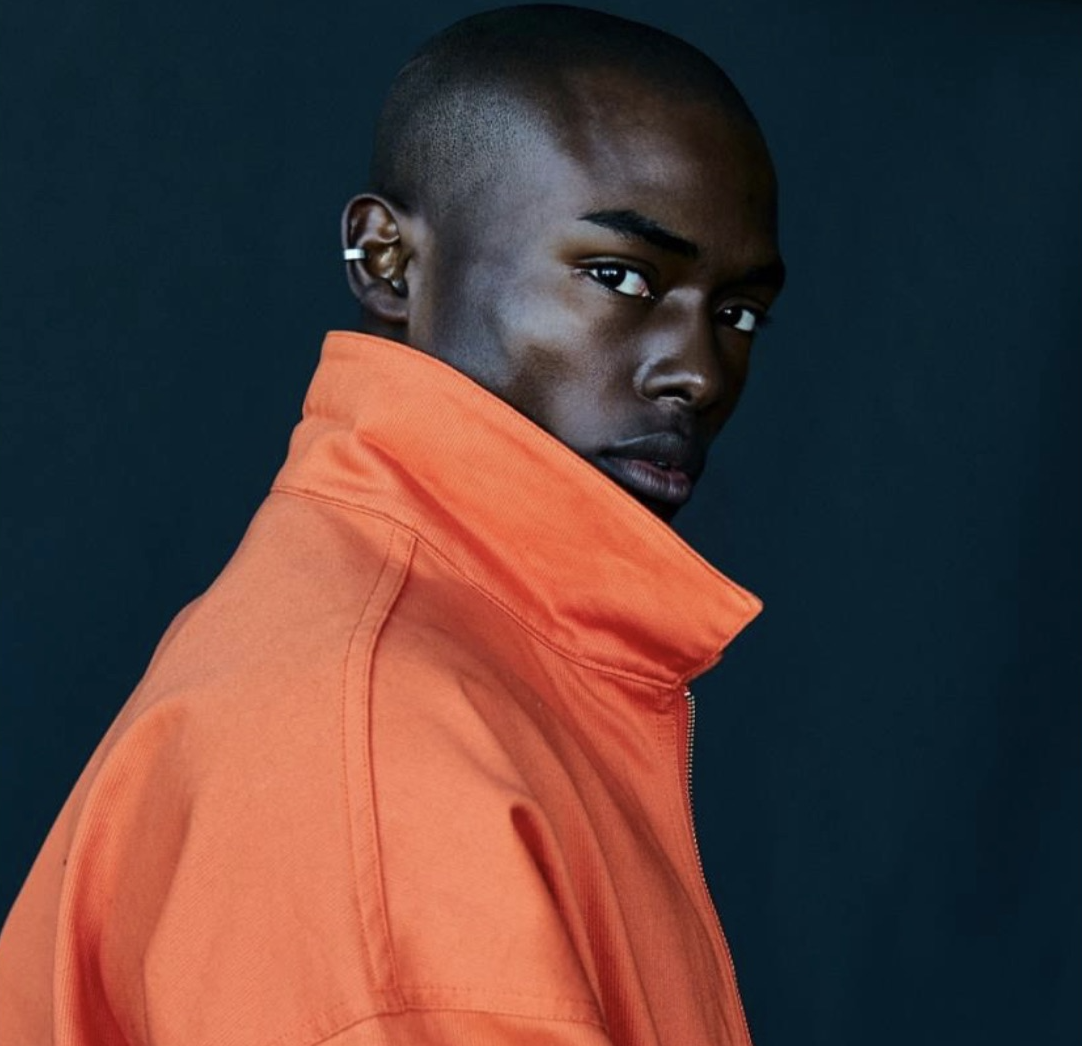 JULIAN E. WOODHOUSE majored in International Business with an emphasis in foreign language and creative direction. Julian has diversified professional experience in the performing arts, banking, art direction, graphic design, modeling, styling, and wardrobe consulting and fashion technology. He designed his first five men’s ready-to-wear collections while simultaneously serving as the Second-in-Command of his Military Intelligence Unit in Korea. After being the first African American Designer to show at Seoul Fashion Week and a model for New Balance, Puma, and several Korean fashion brands and publications, Julian’s presence spread through the Korean market. Julian completed his four years of active service in December 2016. Leaving his well-oiled supply chain and managers active in Seoul, he moved to NYC in January 2017 to establish the brand’s Administrative Headquarters and focus on the global expansion of his already multinational brand.
View Bio 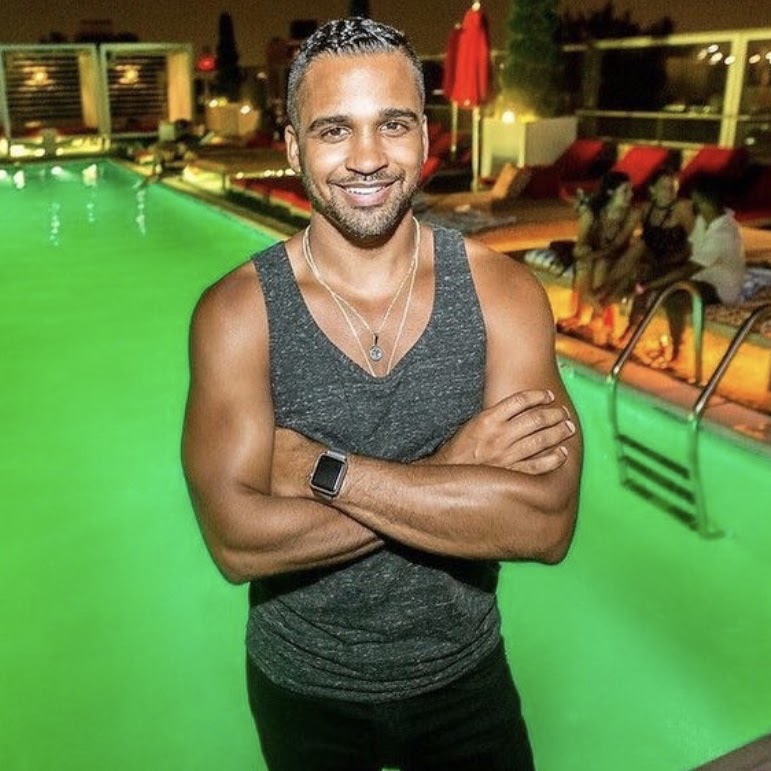 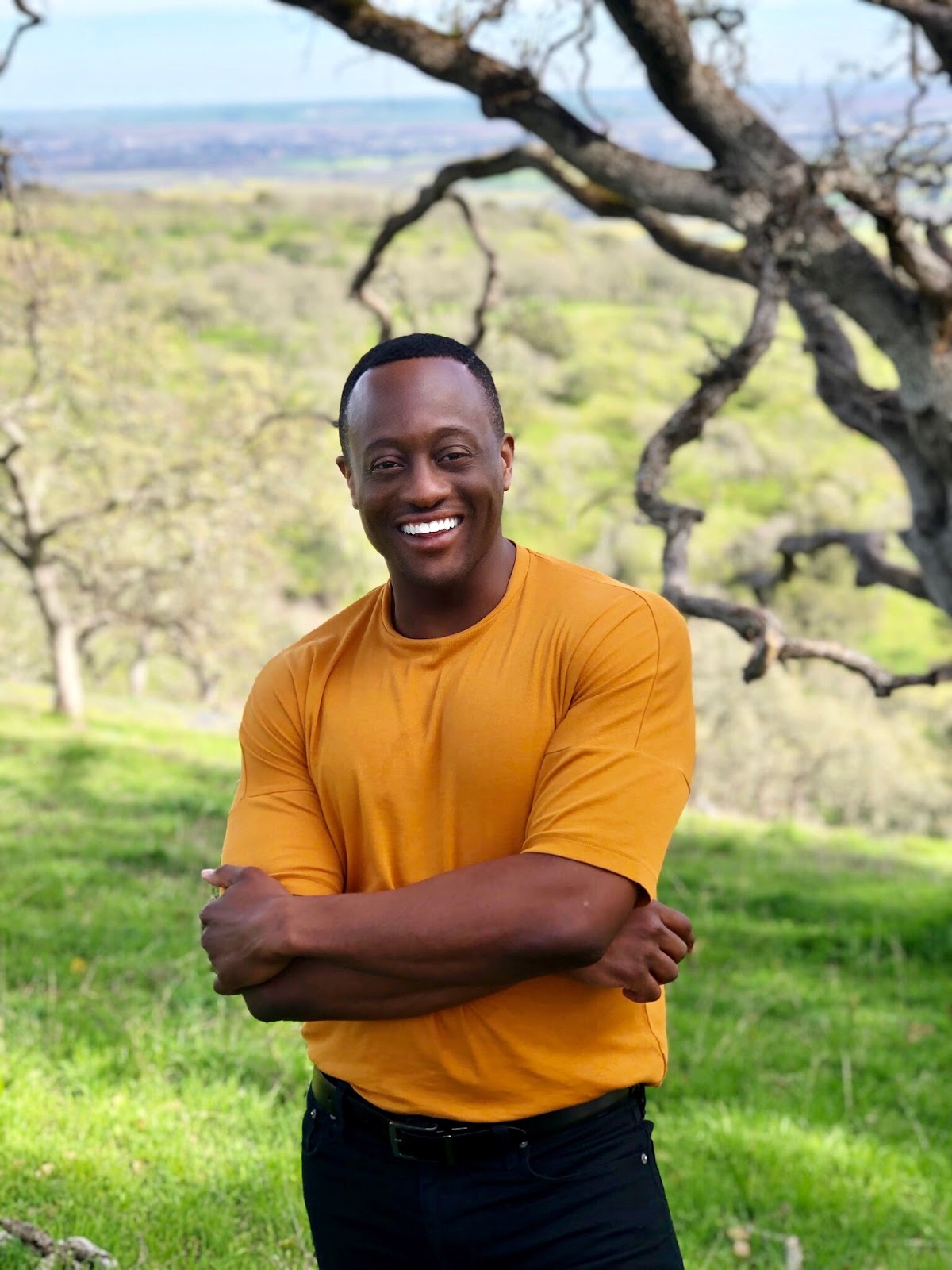 TIM BERRY was born in Rochester, New York and raised in Charlotte, North Carolina. He was Commissioned as a Field Artillery officer from the United States Military Academy in 2013 with a BS in American Public Policy. While at the Academy Tim was in several leadership roles, including serving as Class President. Tim served in a variety of capacities as a US Army Officer including time at Fort Campbell, KY, Afghanistan, and West Point as an Admissions officer. Post his time as an Army Officer, Tim co-founded a 501c3 called CAG(Collaborate and Graduate) that eliminates the financial barrier for Black and Brown students by paying for test preparation in fees. Tim currently resides in Brooklyn, New York
View Bio